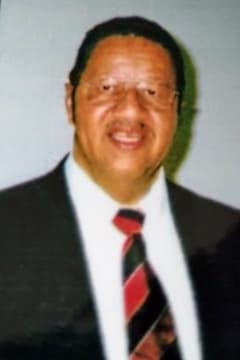 Russell was born on December 26, 1942, in Chicago, Illinois, to the union of the late Russell and Marie Travis-Lewis. He was the proud baby brother who dearly loved his elder five sweet sisters. Russell enjoyed his childhood years growing up in Robbins, Illinois. He was baptized with his siblings at an early age at Wheeler Chapel CME Church, in Robbins, Illinois. He was educated at Horace Mann Elementary School, Blue Island High School and earned his high school diploma at Camp Pendleton Marine Base, in Oceanside, California. He married his love Sarah Lewis on October 24, 1970 and was the father of one daughter, Russette “Penny” Jackson, prior to this union.

Russell’s 79-year journey has been fought in a courageous and adventuresome manner while serving in the military, taking stock in unionism and valuing community affairs. He exercised his convictions and tireless energy fighting for all mankind. He honorably served in the United States Marines Corps during the Vietnam War era. After the military, he embarked on a stellar 30-year career working at Wyman-Gordon Steel Mill, in Harvey, Illinois. Russell had a distinguished career in organized labor. He quickly grew from Chairman to President of the Unions Committee at Wyman-Gordon serving in the United Steel Workers’ Union. Russell was immediately recognized for being instrumental in helping to organize and make invaluable changes for the steel workers, some of which include producing independent employment plans, increasing cost-of-living wages, and developing better health plans. Russell said it best himself, “working for the people” was his most important position in the union. He would never leave the union struggling and he never compromised his integrity.

Russell’s personal life with family, friends and loved ones was equally impressive. He set the bar high and led by example showing what it means to be the patriarch of the family. He took pride in having an active role in everyone’s life. If you were “blessed” to be in his phone contact list, when he called, you’d have to be ready for a lengthy conversation because he had a lot of valuable nuggets to share. He highly valued education and helped many of his nieces and nephews pursue their educational endeavors. As an avid golfer, he understood the access and importance that playing golf provided, especially networking. He shared his love of golf with his family and encouraged them to pursue the sport. Russell was also known as the “master chef” of the family. He conveyed his love for family and friends by cooking, especially during the holidays. In his pastime, Russell was an avid reader who stayed abreast of the current political landscape. He enjoyed listening to the blues and jazz music, fishing, and watching his favorite baseball team, the Chicago Cubs.

He leaves to cherish many joyful memories, his loving and devoted wife, Sarah Lewis; his pride and joy daughter, Russette (Dwight) Jackson; his grandson, Ian Shamar Jackson; his sister,
Elanor Banks; his godson, Rodrick Griffin; a host of nieces, nephews, cousins, and friends; and a lifelong childhood friend of over 70 years, Garfield Ervin.

The earthly presence of Russell Albert Lewis ended at the appointed time. His life and legacy will continue to live in the hearts of his family, friends and loved ones. We will live with impeccable integrity, never settle for less, and will remain vested in family, as he inspired us to do so. 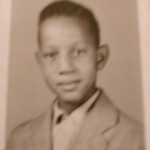 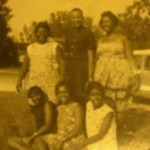 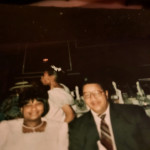 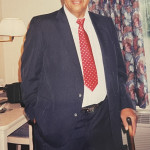 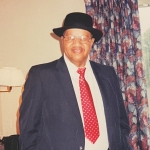 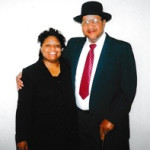 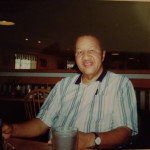 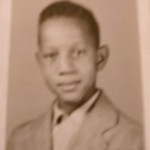 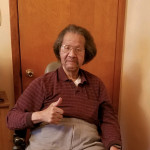 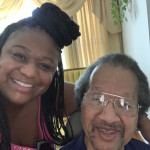 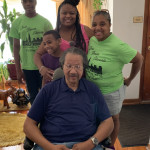 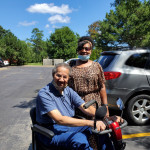 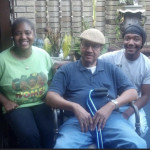 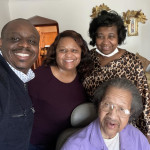 Click a candle below to add a candle to your message.